Francisco, or Panchito as he is known to friends and family, is originally from Guadalajara, Mexico’s second largest city. He is 4 years old and started at Pasitos de Luz when he was 3.

When he was six months old, Panchito’s parents suspected that he may have Down’s Sydrome, due to his distinctive facial features. They took him for tests and the diagnosis confirmed that he did indeed have Down’s. Down’s syndrome is caused by an extra chromosome in a baby’s cells. All children born with Down’s syndrome have some degree of learning disability and delayed development, as well as poor muscle tone. Some health conditions are more common in people with the syndrome, including heart conditions and problems with hearing and vision.

As soon as Panchito was diagnosed with Down’s Syndrome, his parents were very proactive in trying to find him suitable care and support. While still living in Guadalajara, they enrolled him in a Special Education school. However, this proved too expensive for the young family.

Soon after moving to Puerto Vallarta, they heard about Pasitos de Luz and set up an appointment with us. Due to the limited financial means of the family, Panchito was accepted and has been receiving therapy five days a week ever since. Our main focus has been on Special Education, nutrition and complementary therapies for Panchito. When he arrived at Pasitos de Luz, his attention span was very short and he rarely followed instructions. However, we discovered that by allowing Panchito time in our garden areas, watering plants and looking after our green spaces, his attention span increased and he could settle down to activities in our classrooms. We are now working on his speech, encouraging him to express himself more. He now uses a few basic words! We are also fostering his creative side through arts and crafts.

We believe that, with the right support, Panchito will eventually be able to attend a mainstream school when he is older.

Panchito is an only child and lives with his mum and dad in Puerto Vallarta.

Every donation, even the smallest, makes a difference.  Please join us in supporting Pasitos de Luz and send your donation today.

Think you could be of service to our community at Pasitos de Luz? 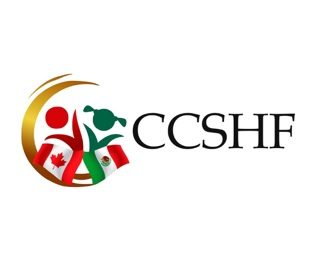 Pasitos de Luz is a civil association in Banderas Bay. It is a registered non- profit organization founded by mothers of disabled children to achieve their therapeutic, psychological, nutritional, educational and basic needs.